The Farmers' Clubs approach is a concept developed and tested by Humana People to People all over the world. HPP Laos implemented a Farmers’ Clubs project in two villages of Bolikhan District, Bolikhamxay Province, working with 1,000 farmers and their families from 2015 to 2017. A large project in six Districts of Khammouane Province has commenced in early 2019, engaging another 5,000 vulnerable households. This Nutrition and Food Security project is funded by the European Union and is jointly implemented by Health Poverty Action, Humana FPP and the Khammouane Province Health Office.

The Farmers' Clubs approach organises small-scale farmers in groups of around 50 for them to join forces and share knowledge as well as resources. As a rule, half of all farmers HPP Laos works with are women, thus enabling them to equally participate in the project and its benefits. The overall objective of Farmers’ Clubs is to further sustainable and climate-smart agricultural production, improve families’ own nutrition through a more balanced diet as well as creating a crop surplus for sale. In their groups, farmers learn how to work together more effectively, how to bargain for lower prices as a collective, and how to support each other at all stages of the production cycle. They meet and receive training once a fortnight. In this way, Farmers' Clubs evolve to become self-sustaining and mutually supportive networks of farmers which last beyond the duration of projects. HPP Project Leaders are either from or live in the communities they work with. They can thus establish close relationships of trust with the farmers which enables them to provide the best possible support. The Farmers' Clubs projects also work in close cooperation with the Department of Agriculture and Forestry at District and Province levels. 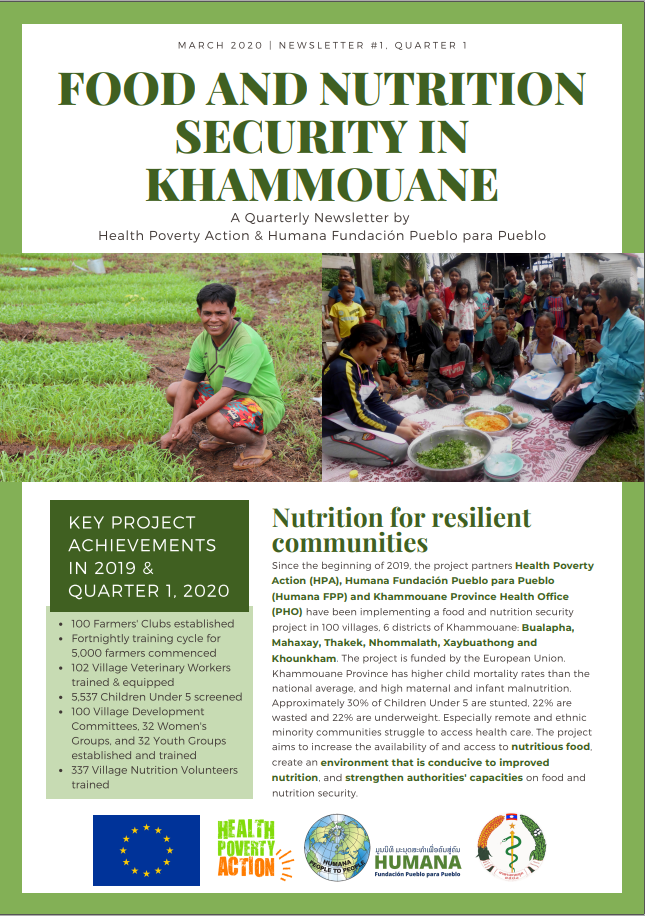