Sustaining and completing tuberculosis (TB) treatment is a challenge for many people affected by TB. The treatment takes six to eight months, requires regular trips to medical facilities, and can have many side effects. To support people affected by TB in rural and remote areas of Lao PDR, HPP Laos establishes psychosocial support structures at household level: A TRIO consists of the TB client and two family members or close friends. The TRIO ensures daily medication intake, and further supports the TB client to improve their nutrition. For this purpose, HPP Laos trains TRIO members in nutrition awareness and home gardening, and provides them with seeds, tools and small animals. Improved nutrition supports the recovery process and strengthens people's overall health, thus boosting their immune systems and helping to prevent reinfection. 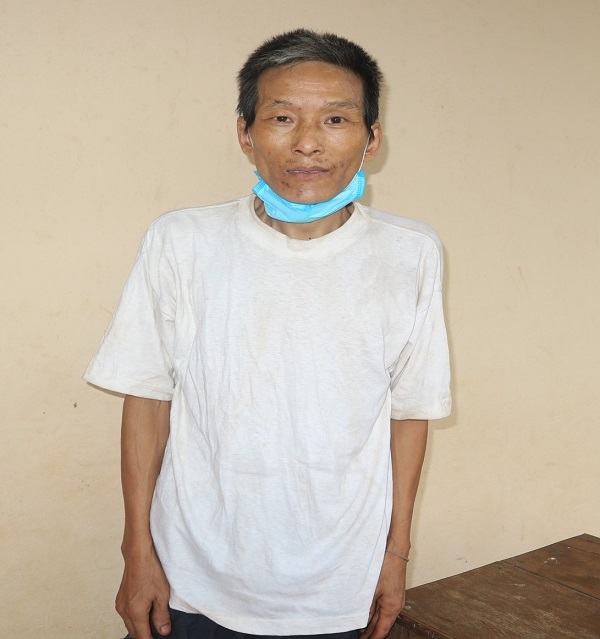 Mr Mao Yengyang from Phaday village, Bolikhan District, is currently completing his second TB treatment. This time, he is confident he will recover as he has the support of his family as well as HPP Laos. He shares his story with us as he wishes for many more people to find the support they need to sustain their TB treatments.

"In 2009, I was coughing heavily and non-stop. However, as I did not want to turn to the public health care system, I did not have my health checked. I thought my condition would not be that serious, and I treated myself with traditional means such as injecting ampicillin and smoking opium. Many people had told me that smoking opium would cure my condition and make the symptoms disappear. However, opium would only give me short periods of relief, and I became addicted to it.
At this time, village and district authorities came to our village to take opium addicts to the local hospital for treatment. I was one of the people who were sent to Bolikhan District Hospital for this purpose. After 3 or 4 days of staying at the hospital, my cough became worse. The doctor had me tested for TB which returned positive. At the hospital, they told me about the disease and the importance of sustaining treatment for 8 months.
I was discharged from hospital and sent home with 3 months of medication and instructions to take it on a daily basis. Afterwards, I would have to return to hospital to get a new prescription. However, after I finished the first 3 months, I did not go back to the hospital for several months until the doctor called me to come back. Yet, I did not take this second round of medication regularly as my cough was gone and I thought I had already recovered.
In late 2019, my bad cough came back but I did not get a health check. In June 2020, the village authorities announced that HPP Laos would come to our village to find TB cases and to interview households. The next day, the team arrived, and I told them about my condition. My sputum sample was collected for diagnosis and the project team told me I was infected with TB. Three days later, I received medication. This time is different from my previous experience because HPP Laos arranged for my wife and my child to monitor my daily medication intake. A Project Officer calls my wife and my child every day to see if I have taken my medication.
I am so grateful that the project team is here to support my treatment, and that this time, I am set to fully recover from TB. I would like to thank the HPP Laos project team as well as the doctors and nurses who have helped me to understand TB and its treatment."