GeneXpert machine on its way to Pakxan Hospital 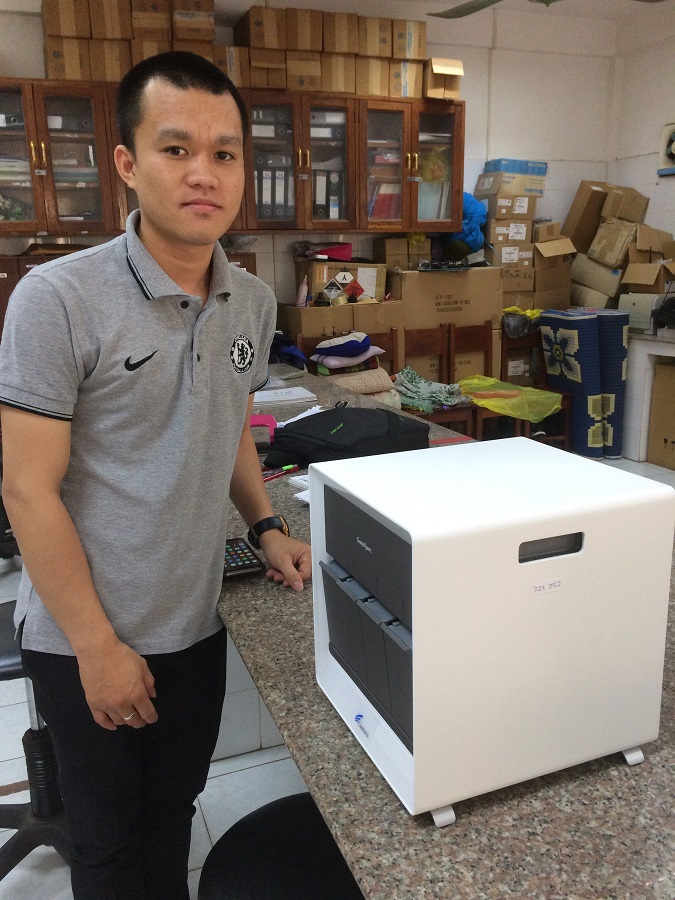 We are delighted to announce that a new GeneXpert machine is now on its way to the main hospital of Bolikhamxay Province in Pakxan, the Province’s capital. HPP Laos facilitated the process of securing funding for the equipment and organized its shipment from France to Lao PDR. The German Embassy in Vientiane as well as Luxembourg Development provided funding for the GeneXpert which will now be installed in the newly built LuxDev-funded Pakxan Hospital. At the moment, the machine is ready to leave the National TB Laboratory in Vientiane Capital where it was calibrated before the next leg of its journey to Pakxan.

GeneXpert is the most efficient way of diagnosing TB sputum samples. Since sputum smear microscopy has severe limitations when it comes to several different kinds of TB, WHO now recommends GeneXpert as the initial diagnostic test. Especially for presumed cases additionally suffering from HIV, and patients suspected of having Multi-Drug-Resistant TB, GeneXpert is the most reliable way of diagnosing their TB status. Yet, since the equipment is very expensive, there is only a limited number of GeneXperts available in Lao PDR. Bolikhamxay Province, where HPP Laos is currently implementing a TB active case finding project, did not have its own GeneXpert to date. When in doubt, laboratory staff had to send samples to Vientiane Capital, a distance of three to four hours by car and bus – and by that stage, sputum samples would have already travelled a long distance from the village level to Provincial level. If not transported appropriately, samples can become unviable. By equipping Pakxan Hospital with its own GeneXpert and training laboratory staff in how to use it, HPP Laos hopes to facilitate the TB care cascade in the Province and to contribute to more patients being cured from TB.

News and updates from our projects